For the original, see here 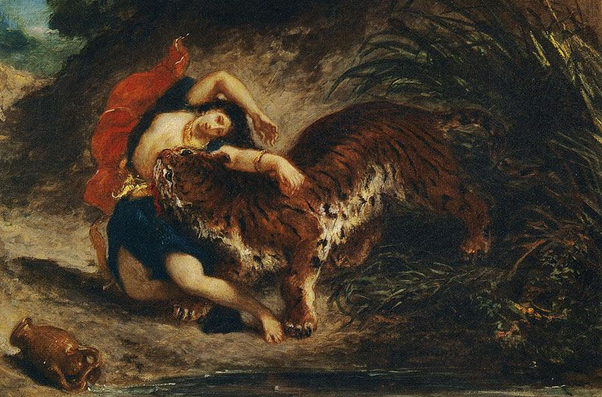 There has to be a peak silliness in the claims of climate cultists, and I suspect it was reached this month in a piece by an Oxford associate professor Dr Nayanika Mathur.  She blamed climate change for a person-eating tigress in Maharashtra who devoured 13 villagers. “Tragic tale of a ‘man-eating’ tigress tells us so much about the climate crisis” is how her fevered thoughts are headlined at The Conversation.

The tigress, like all media-featured animals acquired a name, in this case “Avni”, meaning a Hindu earth-girl. Recall “Cecil”, the lion cruelly shot with arrows by that American dentist-bowman in Zimbabwe in 2015. Australia really must keep up and start naming our newsworthy white-pointers “Malcolm” or “Penny”. But back to the tiger, which the Indian government wanted shot on sight while conservationists ran appeals to India’s Supreme Court. The court ruled that shooting should be the last resort, only if tranquillising and capture failed.

The official team included close to 200 stalkers and trackers, five elephants, 100 camera traps, sniffer dogs, thermal-imaging drones and an observer in a motorized para-glider, none of which could find Avni for three months. The elephant squad was sent home in disgrace after one pachyderm trampled a woman villager.

The expert stalkers used not just another tigress’s pee to interest Avni, but Calvin Klein’s Obsession brand cologne. This perfume emplys a synthetic version of civet musk which is supposed to tantalise tigers. H.S. Prayag, a tiger-specialising vet, claims Obsession spread on camera traps helped catch a desparado tiger in Tamil Nadu. Chanel No 5 also works but costs more, he said. Knock-off fragrances from Delhi street markets don’t work because they lack authentic civet. I hope all this was not just opportunistic product placement.

In the event, the plugging of Avni last November seemed the first resort. The official story was that it was dark in the jungle, the tiger attacked first, the tranquilliser dart didn’t slow it down, and it was shot by expert marksman Nawab Ali Khan in self defence: “Officials went closer to her and later rushed her to a hospital in Nagpur, where she was declared dead.” Locals celebrated with fireworks and handed out lollies.

However, the Indian Express reported that the post-mortem report by four vets showed Avni was facing away from the gun, and the dart found in one thigh probably hadn’t been fired there. In an earlier and notorious over-reaction, a tiger cub entered a village in Sikar, and the people fled en masse to their houses. The terrified cub hid in a shed but was peppered by what was described as “machine-gun fire”. The corpse of the prospective man-eater was paraded to rejoicing villagers.

As a teenager I was riveted by hunter-naturalist Jim Corbett’s grisly memoir Man-eaters of Kumaon with his assignments to deal with rogue tigers in the 1920s and 1930s. One was reputed to have killed 436 villagers. Friends persuaded Corbett to do the book while he was recovering from typhus in 1944. By 1980 it had sold more than 4 million copies. Universal Studios adapted it for a movie in 1946: Corbett claimed the best actor was the tiger.

In his book he recounts a story from villagers:

We were startled on hearing the agonized cries of a human being coming from the valley below. Huddled together on the edge of the road, we cowered in fright as these cries came nearer and nearer, and presently came into view a tiger carrying a naked woman. The woman’s hair was trailing on the ground on one side of the tiger, and her feet on the other – the tiger was holding her by the small of the back – and she was beating her chest and calling alternately on God and man to help her. Fifty yards from us and in clear view of us, the tiger passed with its burden, and when their cries had died away we continued on our way.’

‘No sahib, we did nothing for we were afraid.’

Corbett’s descriptions of tiger attacks on women bear resemblance to the painting by Delacroix (reproduced above) of just such a monstrous beast with jaws clamped on a semi-naked woman’s chest. No wonder my teenage self couldn’t put the book down.

Here’s an account from a villager – with only half a face left — direct from a tiger’s jaws:

“I was stooping down at the very edge of the slope, tying the grass into a big bundle, when the tiger sprang at me and buried its teeth, one under my right eye, one in my chin and the other two here at the back of my neck. The tiger’s mouth struck me with a great blow and I fell over on my back, while the tiger lay on top of me, chest to chest, with its stomach between my legs.

As my fingers grasped the sapling, an idea came to me. My legs were free and if I could draw them up and insert my feet under and against the tiger’s belly, I might be able to push the tiger off and run away… The pain, as the tiger crushed all the bones on the right side of my face, was terrible, but I did not lose consciousness…Very slowly, and so as not to anger the tiger, I drew my legs up on either side of it, and gently inserted my bare feet under its belly. Then placing my left hand against its chest and pushing and kicking upwards with all my might, I lifted the tiger right off the ground and, we being on the very edge of the perpendicular hillside, the tiger went crashing down and belike would have taken me with it, had my hold on the sapling not been a good one…”

His son helped him home after wrapping his loincloth round his father’s head.

“Water was brought, for I was thirsty and my head was on fire, but when it was poured into my mouth, it all flowed out through the holes in my neck…While I waited and longed for death to end my sufferings, my wounds healed of themselves and I became well.”

Corbett comments that the man was a veritable giant, able to lift the tiger and tear its hold away from the side of his head, taking half his face with it, and send the tiger flying down the hill. In surviving, he lamented to be left with “a face no man could look at without repulsion.”

In 2013, on a tour from New Delhi,  I went on a night-photography Jeep safari in Kumaon, where we near-froze and just might have seen the greenish-blue reflection of one leopard’s eyes, tigers being these days too rare to expect.

As for climage change,  Oxford’s Dr Mathur is also engaged in a book project ‘Crooked Cats: Human-Big Cat Entanglements in the Anthropocene.’ She runs an Oxford course on the “Anthropocene”, and is “committed to decolonizing the Academy through my writing and teaching.” Someone should alert her that the “Anthropocene” has no official existence.

She says in The Conversation that the reasons big cats turn into person-eaters may be idiosyncratic but “can no longer be explained outside the context of climate change”. Snacking on humans by crooked cats, she says, can be due to warming’s biodiversity loss (500,000 species at risks, she says absurdly), habitat loss (except that CO2 is expanding planetary re-vegetation), and  extreme weather events (nah, the IPCC says the opposite). “We should look to the case of Avni … for what her life and death tells us about the climate crisis,” she says. She concludes, “Another way to understand the climate breakdown, through the life of Avni and other big cats with similar fates in India, is as an irretrievable collapse of the commonsensical.” Remember, this woman is a professor!

Let’s fact-check. Tigers kill only about 30-60 Indians  annually, often as a result of mistaken identity. If you’re a tiger, someone squatting in the field doing poo can look like a deer. Tigers’ technique is to swat you down with a forepaw and then crush your head with a bite. Tigresses with cubs kill people who wander close. The actual man-eaters are generally too injured or aged to kill natural prey.

Getting these 30-60 deaths a year into perspective, one commentator on Dr Mathur’s piece claimed that tigers were killing an average 826 Indians a year from 1903-1912.  I couldn’t verify his figures, but did find that 850 people a year were killed by tigers in each of 1875-1876, according to the Raj statisticians. Between 1876 and 1912, tigers killed an average 920 Indians a year. There’s even an estimate that over the last five centuries, tigers have killed a million people, i.e. 2000 a year. Hence 1decC of global warming since 1900 must have become an antidote to tiger attacks, rather than increasing them, as claimed by climate-fixated Oxford brainiacs.

On the other side of the ledger, more than 100 Indian tiger deaths have been recorded in each of the past three years. This matters, given tigers in India total only 2,500, up from the perilously low 1400 in 2005. Tigers were once prolific – in the 50 years to 1925, sahibs and nabobs shot about 80,000. But globally elephants kill ten times more people than tigers. Even hippos kill more, and snakes kill most: around 20,000 a year, and that’s just in India.

Maybe Dr Mathur at Oxford will next do a piece on how cobras are concerned about the climate emergency. Actually, I shouldn’t diss Oxford because in 1963 I tried to enroll there myself, via a Rhodes Scholarship from Perth. My Rhodes application was doomed to fail, if only because my nominated “manly sport”– B-division chess at Fremantle’s geriatric club — didn’t really meet Cecil Rhodes’ specifications. In addition, I messed up at the formal dinner for mingling with the selectors at WA Government House, after meeting the Governor Sir Charles Gairdner. Unfamiliar with drink, I thought it was polite to drain the glass that came with each of the five courses. Among the few things I remember was my witty suggestion that portraits of the Queen should sometimes show her brushing her teeth. Our group of eight or nine Rhodes applicants was invited back a few days later for tea and scones. Midway through, one of us, Mr Bruce Bennett, sports star at Hale and fellow WA Uni literature student, was escorted to another room. Someone announced that he had got the Rhodes and we dregs were quickly filtered out to St George’s Terrace.

It’s a pity I never made the grade. Who knows, I might have become an Oxford climate scientist.