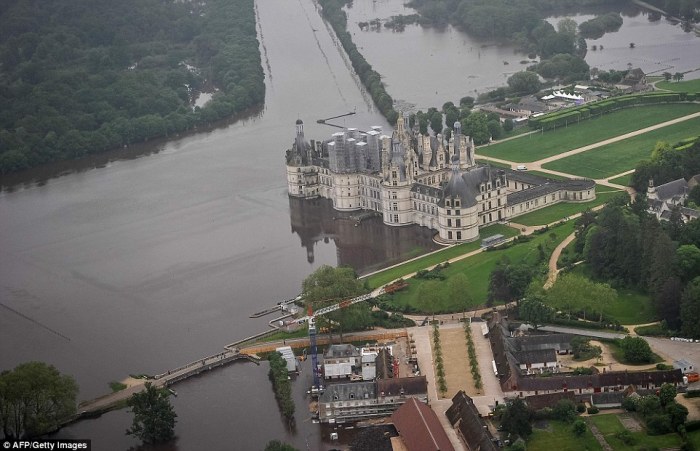 I came across this on Twitter today (h/t to @HG54). No longer content to publish scientific papers months, even years, after extreme weather events, exploring how each weather event might, or might not be, attributable to man-made global warming, scientists now want to get in there quickly and state within hours or days if a flood or heatwave, blizzard, violent storm, etc. was due (in part at least) to anthropogenic CO2. Why? Because ‘real’ scientists need to quickly “get sound scientific analysis to the public to help counter misinformation, deliberate or otherwise, about an event”. That strikes me as ever so slightly hysterical and paranoid to be honest, as in ‘Oh my God, some amateur might come along and show that the recent bad weather is not really that exceptional in the context of past bad weather – so we’d better get in there first and claim it for climate change™!’ Paul Homewood is a serial offender in that respect. I’ve had a go at it myself once or twice.

Extreme weather attribution is an obscure ‘science’, reliant upon a rather cliquey peer-reviewed scientific literature pioneered by Peter Stott of the Met Office, consisting essentially of endless climate model runs, with and without anthropogenic forcings, looking at regional weather forecasts, global and regional climate change projections, and past meteorological data, then putting it all together in a giant melting pot to arrive at what is called a Fraction of Attributable Risk (FAR) for any one particular extreme event – basically, the increased probability of such and such happening if one assumes ‘known’ anthropogenic GHG forcings. You can call it science or you can call it hocus pocus.

This is the standard, rather long-winded process; the slow-cook method – which isn’t much use if you want to foil the evil machinations of the merchants of climate doubt who, because they are rank amateurs, can quickly and easily come up with AOR to misinform the public with. Enter our crack team of First Responder Climate Change Attributors, complete with flashing blue lights atop a fully equipped alarmist ambulance, on the scene in a jiffy in order to pronounce gravely that the patient is suffering from a serious case of the global warminks. They can do this because, I quote:

Rather than running models after an event, researchers like Dr. van Oldenborgh and Dr. Otto shorten the process by using models that have already been run.

“The only way we can do this rapid attribution is by precooking everything that we can,” Dr. van Oldenborgh said.

There you have it; pre-cooked, ready to go model runs that they can just throw into the wok, sizzle and serve up almost immediately for public consumption. Hubble, bubble, toil and no trouble!

At least, that is what they hope to achieve eventually; trouble-free, ‘routine’ attribution analyses of extreme weather events that will not even require the submission of peer reviewed papers:

Although the hope is that such studies will eventually become so routine that there is no need to publish the findings in a scientific journal, for now, at least, a research paper has to be written and submitted for peer review. So for the flooding analysis, that was another week’s work for Dr. van Oldenborgh.

Inconvenient. Pesky deniers and fossil fuel shills still have the upper hand for the time being.

But they’re getting there. Take, for instance, the flooding in France and Germany at the end of May this year. They have an attribution! Climate change was definitely implicated in the flooding in France, but the results of the Climate Central World Weather Attribution study are inconclusive for Germany. Which is odd, to say the least, because the flooding in Germany was caused by the same low pressure system as the flooding which occurred in northern France a couple of days later! It would seem that, by crossing the national border from Germany into France, this extreme weather made the leap from ‘cannot be attributed to climate change’ to ‘can be attributed to climate change’! I’m not sure if that has anything to do with the EU open door Schengen policy or not. You might expect the opposite, i.e. attribution to be uniform across borders. But it appears not. Perhaps Brexit will save us from being afflicted similarly by ‘just weather’ crossing the Channel and suddenly morphing into climate changed weather, or vice versa. Who knows.

Seriously. How do you explain such a bizarre result? I can’t be sure of course, because I’m not a professional, privy to insider knowledge on how these attribution studies really work. But, I think there is a clue here:

To assess the potential link between the heavy rainfall in France and Germany and human-caused greenhouse gases in the atmosphere, Climate Central, the Royal Netherlands Meteorological Institute (KNMI) and the University of Oxford — as part of the World Weather Attribution (WWA)partnership which also includes Red Cross Red Crescent Climate Centre and University of Melbourne — conducted independent assessments using multiple peer-reviewed approaches. These approaches involve statistical analyses of the historical temperature record, the trend in a global climate models, regional climate models, and the results of thousands of simulations of possible weather with a regional climate model. Applying multiple methods provides scientists with a means to assess confidence in the results.

By comparing trends from around 1960 to 2016, or comparing the current with a “counterfactual” climate (a climate without human-caused greenhouse gas emissions), the team was able to characterize the changing nature of heavy rainfall risk in these two regions.

In reality, 3-day extreme rainfall has not increased significantly in France and has even declined very significantly (over 1 day) in Germany (since 1960 anyway). A very unusual storm comes along and upsets the apple cart in both regions, days apart, but climate scientists can only ‘fast attribute’ the French floods to climate change because their all singing-all dancing computer models predicted an increase in the probability of such events occurring (after 1960) in France only. Wow. That’s ‘climate science’s quick-as-you-can extreme weather attribution’ in action! Are we not amazed, astounded, gob-smacked and humbled? Or maybe just gob-smacked?