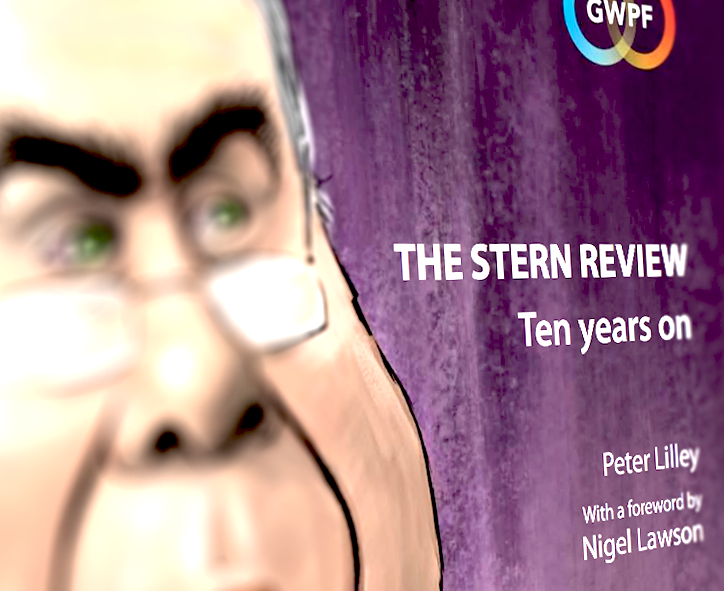 The GWPF has just published “The Stern Review Ten Years On”

by Peter Lilley M.P. and Professor Richard Tol (though for some reason Tol is not credited on the cover.)

Commenting on the details of the economic arguments is beyond my competence, and I suspect beyond the competence of most of the rest of us at Cliscep. Given the likely deafening silence and/or deafening barrage of insults to be expected in the media, it seems important to have some outlet where it can be discussed rationally.

Despite the technical nature of much of the argument, it’s very clearly written. As an example of the kind of reasoning that is at the core of the critique, but which doesn’t require detailed economic expertise, here’s Peter Lilley:

Most people who would be willing to make sacrifices to ‘save humanity’ would not want to sacrifice a bean to make future generations even richer. Unfortunately, the basic equation used by the Stern Review assumes that we should treat those richer and poorer than ourselves symmetrically. This makes the algebra simple. However, arguably, an asymmetric approach makes more ethical sense; in other words, we have a positive obligation to compensate those poorer than ourselves for the impact of global warming but no obligation to compensate those richer than ourselves. This is difficult to capture in a convenient mathematical formula. But our ethics should not be driven by algebraic convenience. There are other ethical systems that do not involve maximising utility across time and generations. A well-established alternative puts an obligation on each generation to pass on to its successors at least as much ‘societal capital’ as it inherited – above all, the accumulated learning coupled with the institutions of democracy and the market that will give our successors the opportunity to advance as we have done, at least materially.

There’s much more in this vein, some of it rather technical. I do recommend everyone to read it carefully before commenting.