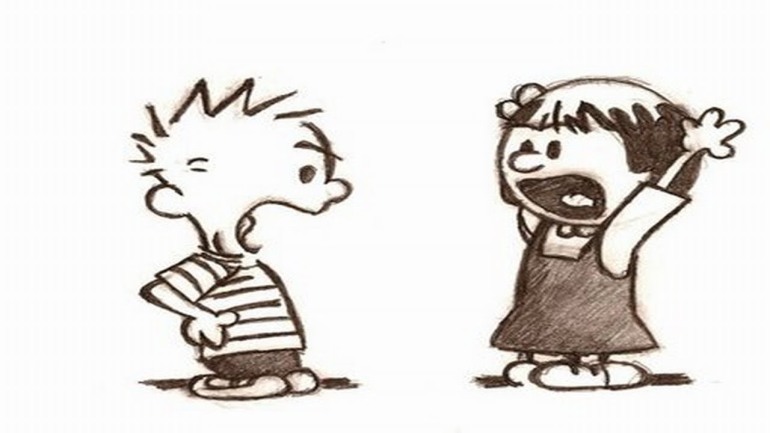 It cannot have escaped readers’ notice that there have been various ‘opinions’ on the quality, not only of “sceptic” [sic] arguments, but also with regard to the tone with which they are presented to the opposition. These opinions have been voiced privately and publicly from fellow sceptics and AGW proponents alike. They range from the valid to the risible, and from highly critical to supportive.

There’s a serious point to be made here. We are all human—even Lewandowsky, as Brad points out in timely and inimitable fashion—and as such are ever tempted into human-like responses when engaging with people whose opinions and values differ from our own and who we may find disagreeable on the basis of those opinions and values, plus their perceived behaviour. Do we remain (as some do) scrupulously polite and unflappable, never stooping to jibes or sarcasm or even outright insults, or do we sometimes give in to our baser instincts and indulge in retorts which are emotive and likely to result in our opponents taking ‘offence’ and/or dismissing our wider argument on the basis that we cannot state it civilly?

As an example of somebody who always seems to me to remain polite and factual, even in the face of personal insults and provocation from her ‘esteemed’ colleagues, I would point out Professor Judith Curry. I have not once seen her resort to anything stronger than very mild sarcasm when engaging with people who criticise her sceptical viewpoint. Of course, she is a professional scientist, and so perhaps less susceptible to sniping, but there again, so are her peers. I admire her for that and I am sure it riles her opponents that they cannot criticise her ever on the basis of her ‘tone’, just the arguments she presents, which, though not impossible to criticise, very often don’t leave much wriggle room for her detractors. Other sceptics who remain polite even when provoked are Matt Ridley, Peter Lilley and Nigel Lawson. For us lesser mortals though, do we strive to attain such perfection or do we follow our instincts occasionally?

The problem sceptics face is that there is almost always an unspoken, or explicitly stated, assumption on the part of the opposition that their argument is crap. This is because Science, it is because Consensus, it is because IPCC says ‘extremely likely’, it is because people like (peer-reviewed) Lewandowsky say ‘ideational conspiracists’. Attendant with this assumption often comes an attitude from the opposition which is derogatory and patronising, both on the part of those whose technical grasp of the science ‘qualifies’ them to be dismissive in this respect, but also on the part of those AGW/Green Blob advocates who blindly defer to authority to launch their scathing and low-info rebuttals of their opponents’ arguments. But that’s not even the worst of it. Often, sceptics will meet with the response that they should be censured and censored for their ridiculous (probably fossil fuel funded) anti-science opinions, even thrown in jail for imperiling humanity and the earth by disseminating such garbage. Is it any wonder then that sometimes sceptics ‘lose it’?

There’s no easy answer to the conundrum of whether to engage politely, sometimes sarcastically, or extremely abrasively. It will depend a lot upon one’s character and personal experiences. From my own perspective, politeness is the default setting, but a setting which can be (and occasionally is) overridden by circumstance (usually a response to an insult from the other side or extreme and very irritating stupidity—in my opinion, of course). What works, what is effective and what is counterproductive is also not written in stone. Sometimes, non-emotive facts might fail where well-aimed sarcasm and insults might hit home, at least at that moment. In the long run, politeness and a concentration upon factual arguments (inasmuch as our complex climate system allows us to discern ‘facts’ and inasmuch as facts are not conveniently set aside in the pursuit of political expediency) should win out.