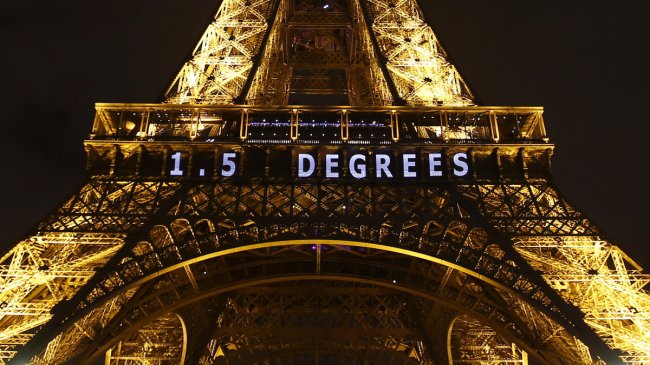 The Masters of the Universe (political division) did their bit in Paris to give licence to their technical brothers and sisters to keep on doing their thing. These diligent folks are getting ready in turn to do their bit to keep things nicely rolling along on the highly rewarding (for them at least) CO2 Scare Front. Their focus is on the 1.5C target, the one the Masters do believe they have both the duty and the ability to force upon us and our climate system.

On Tuesday the 20th of September this year, in Keble College, Oxford (shame be upon it), there will begin a gathering entitled

‘1.5 DEGREES: MEETING THE CHALLENGES OF THE PARIS AGREEMENT’

First they will examine the ball they have been given by the politicals (bullets are all from the conference themes):

•  Why and how did we arrive at 1.5 degrees?
•  Moral questions surrounding a 1.5 degrees goal

I daresay they’ll find it not all generally fine and dandy, but it will be good enough to be getting on with. Then they will turn to their part of the Faustian bargain. When they achieve their 1.5, what will we get:

One imagines it will be mostly bad, but not as bad, no sir, as 1.6C or anything up to the much dreaded 2C when we know all hell would be let loose (never mind that our supposedly fragile system copes with nearly 4C shifts in that ‘global mean temperature’ twice a year, every year). Perhaps they would also frown upon 1.4C or less?

Next, the bit about getting there.  What knobs can we turn? Or, in the jargon, what are our:

That was all too brief. I wonder why. It will, I presume, include a lot of personal reputational-protection phrases about uncertainty and variation and the need for more research, but the main thing is it will say something that will suffice to give the politicals the licence they need to carry on.  The scratched-backed ones getting ready to return the favour.

Then they shall turn their attention back to the easy stuff to chatter about – the impacts, the adaptions to this goal of 1.5C change when it is reached in due course:

•  Societal and development implications of 1.5 degrees
•  Technology options for radical emissions reduction and negative emissions
•  Implications for land use and biodiversity
•  Adaptation to climate change in the context of a 1.5 degrees goal

Finally, they plan to go the extra mile to help get the ball ready for the political division by giving them some hints and pointers about money and politics:

Will they publish their proceedings this year, or will a headline-generating SPM style report or press-release suffice, leaving the nuts and bolts to be published much later? Whatever, the ball will be readied for COP22. And so the cycle will continue, each division providing the succour which the other needs. Everybody is happy. Or are they? Expert commentator Ben Pile, for example, was not impressed with the anti-democratic antics in Paris, and ended one article about them with these words:

‘What the Paris talks has given the climate champion, however, is a superficial ‘agreement’, which, by virtue of its vagueness, will allow anything to be projected on to it. Paris is, therefore, a triumph of meaninglessness over the rest of the world. In many respects, a Humpty Dumpty fudge gives more licence to climate champions than a precisely worded document ever could. Just as the fact of the scientific consensus on climate change allows environmentalists to ad-lib about its substance, so too the pretence that an agreement on climate change exists will free the mediocracy assembled under its protection from being held to account. That is the main function of this so-called agreement.’

We shall learn in the Autumn, what ‘champions’ on the technical side will do with this gifted licence. Repay it with interest to those on the political side is my guess.  And so the ritual will continue

62 thoughts on “Priming COP22: the Masters of the Universe are on to it”