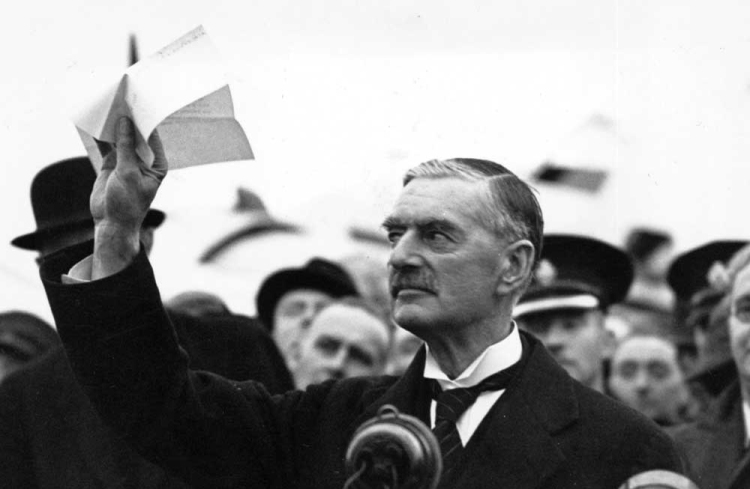 In a historic agreement reached at the end of the Paris COP21 talks, the world has literally been saved from the brink of catastrophe. Across the world, negotiators are returning to their countries, waving a piece of paper which bears their names as well as others.

As the talks were getting started a couple of weeks ago, I wrote that the process was a pointless virtue-signalling farce. But even with my inherent cynicism, I could not have imagined that the negotiators could have come up with such a pretentious, meaningless, content-free document.

Here is some of the self-righteous virtue-signalling from the document itself:

Acknowledging that climate change is a common concern of humankind, Parties should, when taking action to address climate change, respect, promote and consider their respective obligations on human rights, the right to health, the rights of indigenous peoples, local communities, migrants, children, persons with disabilities and people in vulnerable situations and the right to development, as well as gender equality, empowerment of women and intergenerational equity,…

And in similar style, here are some of the responses from the heroes who helped make it happen:

But despite all this, there is virtually nothing of any substance in the document at all – which presumably is why everyone is happy to agree to it.  The words “invites” and “requests” appear frequently, attached to such vague statements as “Requests the Subsidiary Body for Scientific and Technological Advice to develop and recommend rules, modalities and procedures for the mechanism referred to in paragraph 38 above for consideration and adoption by the Conference of the Parties serving as the meeting of the Parties to the Paris Agreement at its first session;” which is reminiscent of The Party of the first part.

The content is the Canute-like declaration of keeping global temperature rise well below 2 degrees (Article 2), supported by the astoundingly vague Article 4, “Parties aim to reach global peaking of greenhouse gas emissions as soon as possible,…”.  The only real commitments are to carry on producing INDCs every five years, and to report emissions regularly (Article 13).

There is the usual talk of developed countries giving money to developing ones (Article 9, more feel-good virtue-signalling), but this is very vague – the document “strongly urges” developed countries to increase support up to $100 billion/year, with no indication of how this is to be raised or distributed.

What is striking in the responses to the document is the agreement (consensus?) between the sceptics and the alarmists.

On the sceptic side, Paul Homewood has a good post A worthless piece of paper, pointing out that about the only real commitment made is to continue producing and monitoring INDCs.  Similarly, Paul Driessen and Roger Bezdek at WUWT say that The ‘Binding’ Paris treaty is now just voluntary mush.  Benny Peiser says that the deal is “fuzzy and essentially aspirational … woolly and non-committal”.

On the other side of the fence, James Hansen, the climate scientist and political activist who played a key role in creating the climate scare in the late 1980s, described the talks as a fraud – slightly stronger than the other f word, farce, that I chose. George Monbiot speaks of “squalid retrenchments” in the Guardian, and on twitter says “Long on self-congratulation, short on action. The #COP21 outcome is a cop-out” and “I’m sorry to disappoint you, but the Paris deal is bullshit”.   Kevin Anderson, very much part of the activist wing of climate science, gives the Paris agreement 4/10 for content.  The New York Times reports climate scientists saying that the deal is “far too weak”.

The attitude of thoughtful people in the middle of the debate, who are neither alarmists nor sceptics, is similar.  Richard Tol says “Wow. They actually seem to reach an agreement. Mind you, the agreement is that countries should do what they want.”  And “In Paris, there is an agreement that countries can emit greenhouse gases as they wish.” While Roger Pielke, also on twitter, says “#COP21 reflects what may be the biggest gap in history between feel-good rhetoric and unforgiving mathematical implications of policy goals”.  Mike Hulme says that the euphoria needs qualifying,  that we shouldn’t mistake INDCs for actual emissions reductions, and that the Paris Agreement offers two sleights-of-hand – an appearance of reducing risk without actually doing anything, and putting long-term carbon reduction ahead of pressing issues of welfare.

In summary, now that the post-party hangover is wearing off, it’s clear that although the climate bandwagon will continue to grow (as pointed out in the previous post) very little will change as far as the real world of politics or the earth’s climate is concerned. And except for a few cheerleaders, most observers from across the climate spectrum seem distinctly unimpressed by the COP21 agreement.

Lubos Motl has an excellent post where as well as taking to pieces the bogus pseudoscience on which the agreement is based, highlights its “totally worthless verbosity”.

Judith Curry gives more links and her own view – nearly all countries will promote their own economic interests.

Donna Laframboise talks of how the agreement is full of hot air and symbolism, and could make the poor poorer.

Paris was a failure in the Guardian.

In Paris, Climate Change Alarmists Con Everyone, Including Themselves

The Paris summit: A colossal waste of time

7 thoughts on “Agreement reached: planet saved. Or a COP-out?”