An anti-Trump media item from Arizona last month wasn’t just deranged, it was imbecilic. Even The Australian Broadcasting Commission’s  Washington team wouldn’t recycle it. But it made the grade for the RMIT (University)-ABC’s shameless Fact Check Unit, run by Russell Skelton. 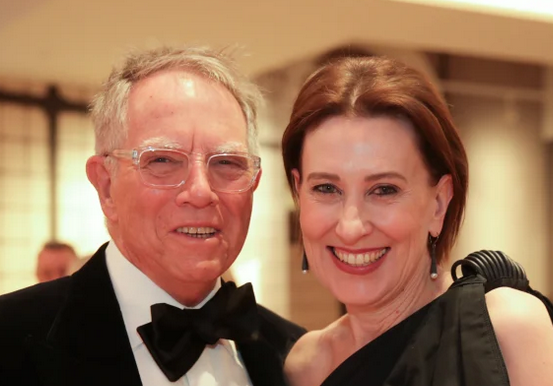 An anti-Trump media item from Arizona last month wasn’t just deranged, it was imbecilic. Even The Australian Broadcasting Commission’s  Washington team wouldn’t recycle it. But it made the grade for the RMIT-ABC’s shameless Fact Check Unit, run by Russell Skelton. For partisan slime on the taxpayer dime the RMIT-ABC unit rivals Paul Barry’s Media Watch.[1]

Let me explain. The “news” on March 23-24 involved a woman who I’ll call “Marge”, 61, married to “Homer”, 68. At some time Marge had a pond of koi fish, which are technicolor carp. They are prone to parasites and she bought a bottle of chloroquine phosphate to purge the fish of their infestations. As commonly happens, her koi departed (one way or another) but the bottle stayed on a back shelf in her pantry.

SUPPORT MY BLOG EDITOR AT QUADRANT (NO CLICKS, NO JOB)  BY CLICKING THE ORIGINAL  HERE.

Now pay attention to the word “chloroquine”. On March 19, President Donald Trump began praising the long-standing malaria prescription drug chloroquine for assumed benefits to Wuhan virus sufferers. Marge heard him on TV. When she went to the pantry to stack some dog food, she noticed her fish treatment had a label including “chloroquine phosphate”. As she subsequently said and was quoted as saying, she thought, “‘Hey, isn’t that the stuff they’re talking about on TV?’ And it was.” [No it wasn’t].

To that point Marge and Homer were healthy. They each mixed one teaspoon of chloroquine phosphate with soda water and drank it, hoping to ward off any future Wuhan Virus.

Labels on the sort of tank cleaner ingested by Marge and Homer show a bright warning, “Not for human consumption” and “Toxic to all algae, corals, worms and many inverts.” For fish, the stated dosage is an eighth of a teaspoon per ten gallons, compared with Homer and Marge’s self-medicating on one teaspoon per swig of tonic water each. Says an official chloroquine guide, “Overdose of antimalarial drugs, particularly chloroquine, can be fatal.”

Sure enough, Marge and Homer in half an hour were not feeling well. Both were rushed to hospital where Homer died and Marge went to intensive care. As everyone emotes these days, my heart goes out to Marge. But all the same, the couple behaved like unimaginable idiots.

NBC-TV reporter Vaughn Hillyard conducts a phoned exclusive with Marge from her ICU bed. Marge is in public service mode alerting Americans to Trump’s perfidy. She implores media maestro Hillyard to “Educate the people!”, saying it is “the most horrible day of my life” and “this is a heartache I’ll never get over.”

Maestro Hillyard (helpfully): What would be your message to the American public?

Hillyard: Did you see the President’s press conference? Where did you hear about–

Marge: Yeah. Yeah, we saw his press conference. It was on a lot, actually … We saw Trump on TV — every channel — and all of his buddies and that this was safe. Trump kept saying it was basically pretty much a cure.

Hillyard: And then did you did you seek out Chloroquine?

Marge: I had it in the house because I used to have koi fish.

Hillyard’s story was a splash on NBC news and NBC twitter. Responses included: “Trump killed this man as surely as if he had pulled the trigger on Fifth Avenue. I hope her warning to everybody else is broadcast 24/7 for the next week.”

And, “This is heartbreaking. Donald Trump is 100% responsible for this death. His ignorant ego is going to kill thousands.”

Tweeted another: “And I fear it will only get worse … many more people are going to end up just like this.” [Apparently Americans by the thousand will drink bottles of fish-pond cleaner].

There was some pushback in the Twitter thread, e.g. “People like that are why my hair dryer has a warning not to use it while showering.”

Far from Arizona, at RMIT’s bastion of journalism education, Fact Check’s Russell Skelton announced a new newsletter to “snuff out” and “debunk” coronavirus misinformation: “Fake news and misinformation seem to be spreading as fast and as far as the virus itself, infecting our newsfeeds and timelines at this crucial moment.” And those to blame, says Skelton, include “climate change deniers, according to Desmog, a website devoted to spreading accurate climate science.”

Am I paranoid, or is Skelton’s political agenda detectable in the allegedly “nonpartisan collaboration” between RMIT and ABC?[2]  Desmog’s case against “deniers” that Skelton cites is so silly (and irrelevant to the Wuhan virus crisis) that I’ll just cite Desmog’s conclusion:

When so much of the message that there’s nothing to worry about on climate change comes from [skeptic] think tanks like Cato, AEI, and ACSH that made unsupported and flawed calls on COVID-19, it’s worth taking a moment to pause and think about that as well. Because as monumental as the impacts of this pandemic are now, the science tells us that if we fail to dramatically cut carbon and methane emissions, the impacts of climate changemay be even more profound over the long run.[3]

In other words, locking down the global population and destroying the world economy must be a good thing because we’re cutting those emissions that are so really, awfully harmful. Mr and Mrs Skelton — they’re another cuddly ABC couple (pictured above); Mrs Skelton is Virginia Trioli — enjoy combined salaries from the taxpayers of something like $400,000 per annum — a sum many might assume would insulate them for the duration of this virus.[4]    ($1 AUD = $US 0. 62

Skelton then brings us Marge and Homer and their Trump-inspired decision to swig toxic chemicals. “White House Update” is the heading, and here’s the full text (emphasis added):

In tragic news a man is deadand his wife is making a recovery in the US after they ingested a version of chloroquine, a substance Donald Trump falsely claimed had been approved to treat coronavirus.

President Trump claimed at a press conferenceon March 19 that the US would be making chloroquine, used to treat malaria, ‘available almost immediately’ and that it had been approved by the Food and Drug Administration.

But according to AP Fact Check, CNN’s Facts First, and factcheck.org, the FDA is only investigating whether the drug can be used to treat COVID-19 and has not approved it as a treatment for the disease.[5]

A doctor at the clinic which treated the couple offered some good advice: “You need to listen to the scientists.”

Sure, Trump mis-spoke about the FDA. But I’ve read the 14,000-word transcript of his press conference – Trump runs a commendably open government – and nowhere does he urge his citizens to drink fish-parasite killer. The Trump connection to the woes of Marge and Homer is a construct unworthy of Skelton’s “non-partisan” Fact Check, or for that matter, of homo sapiens.

UPDATE 1: It now appears that the whole “fish tank lady” saga was a Democrat scamming attempt that went wrong. “Marge” was not a Trump fan prepared to follow his alleged advice in chemical quaffing who got disillusioned and spread her dismay about Trump’s perfidy to the wide world. She was a long-time and consistent Democrat donor, according to the brilliant Steve Crowder. Moreover Marge had been formally charged  with assaulting her husband “Homer” and was in the process of divorcing him. When these awkward facts were notified to NBC-TV, which had kick-started the story, the people there refused to take an interest in the facts and refused to say to what extent they were aware of them BEFORE broadcasting the story. In other words, the whole thing was some sort of numbskull Democrat conspiracy to promote fake news. Hat tip to the brilliant Steve Crowder and to our commenter  “Alistair” for alerting us. The RMIT-ABC Fact Check team under Russell Skelton, despite their substantial taxpayer-financed salary bill, failed to do this due diligence in their White House Update quoted in full above.  As of now (10/4/20) RMIT-ABC Fact Check is continuing to promote a fake news story in the course of taking numbskull cheap shots at climate sceptics.  There is much irony in Skelton’s heading, “Coronavirus is providing fertile ground for misinformation. Our new fact-checking newsletter seeks to snuff it out”.

UPDATE 2: Trump’s “mis-speak” about FDA approval of chloroquine was ahead of the pace. The US government is now accepting significant quantities of the drug for potential use and issuing emergency authorisation to prescribe it. I assume RMIT-ABC Fact Check will now add the clarification below to its Trump “gotcha”, assuming its takes seriously its 2019 International Fact-Checking Network seal of approval.

The U.S. Department of Health and Human Services (HHS) today accepted 30 million doses of hydroxychloroquine sulfate donated by Sandoz, the Novartis generics and biosimilars division, and one million doses of chloroquine phosphate donated by Bayer Pharmaceuticals, for possible use in treating patients hospitalized with COVID-19 or for use in clinical trials. These and other companies may donate additional doses, and companies have ramped up production to provide additional supplies of the medication to the commercial market.

“President Trump is taking every possible step to protect Americans from the coronavirus and provide them with hope,” said HHS Secretary Alex Azar. “Scientists in America and around the world have identified multiple potential therapeutics for COVID-19, including chloroquine and hydroxychloroquine. The President’s bold leadership and the hard work of FDA and HHS’s Assistant Secretary for Preparedness and Response have succeeded in securing this large donation of medicine. We’ll continue working around the clock to get American patients access to therapeutics that may help them battle COVID-19, while building the evidence to evaluate which options are effective.”

Tony Thomas new book Come to think of it – essays to tickle the brain, is available here

[1] See the RMIT-ABC unit’s desperate claim last month (March) that Liberal MHR Craig Kelly’s Australian temperature facts were “flawed” even while admitting they were correct. In December 2018 the unit was also forced to admit Kelly was correct that Tuvalu was growing not shrinking, but it blustered that Tuvalu was at risk in the future, which is nothing to do with facts.

[2] The show was also awarded the compliance badge of the International Fact-Checking Network for qualities including “non-partisanship and fairness”.

[3] The impacts, quoted by Desmog, involve the hypothetical consequences of a hypothetical 4degC warming by the year 2100, when Skelton and myself and Desmog writers and current Quadrant readers will be dead and unable to argue the toss about it.