The Green New Deal (GND) is a policy initiative aimed at converting the US fuel portfolio to renewable sources in 10 years. Some (not all) of those advocating the GND want to further limit the acceptable fuel sources, shunning nuclear, hydro-electric and foreswearing carbon capture and storage and geoengineering.

The United States consumed 99 quads last year. What is a quad, you ask? It is one quadrillion BTUs. Oh, okay, what’s a BTU? It is a unit of energy–strictly speaking the energy required to raise the temperature of a pint of water from 39 to 40 degrees Fahrenheit. About the amount of energy released from a burning wooden match.

A quadrillion of the little suckers is a lot of energy–if you burned all the coal in a coal train that stretched from Albuquerque to Anchorage it would be about one quad. And we burned the equivalent of 99 of those trains’ cargoes last year.

Fortunately for all of us, not all 99 quads were generated by coal. In fact, only 14 of them were! This is much better than in the past. Here’s how it breaks out in quads:

The energy we got from permissible energy sources last year amounted to 6.6% of the total energy we consumed.

Now, anything is possible. But it took a lot of hard work, harder politicking, generous subsidies and real determination over the course of the past 20 years to get us to 6.6% ‘acceptable’ renewables. I find it somewhat difficult to chart a path forward to 100% in a decade.

Not impossible. If we subsidized a massive buildout of solar power in the Southwest United States and built essentially a new grid, if we bought all the batteries built worldwide and hopefully more, if we mandated conversion of all motor vehicles to fully electric power, it’s not physically impossible.

I think the cost would be very, very high. I believe the amount of disruption to the normal working of our economy would be remarkable. And success would be dependent on starting basically today–and given the attitude of the current administration towards many of those advocating the GND, it would require a Damascene conversion on the part of Donald J. Trump and many other members of his administration.

I would hope that my fellow Leftists, much as I love them, are working on a Plan B.Because otherwise it all reminds me of the way things were 50 years ago. See if you can spot me in the picture… 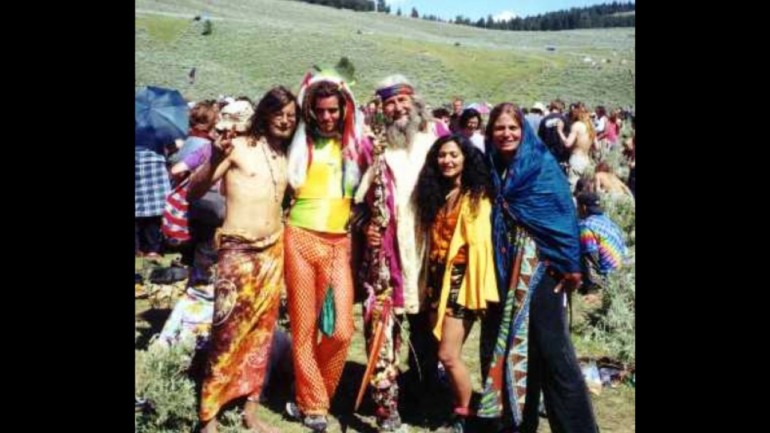