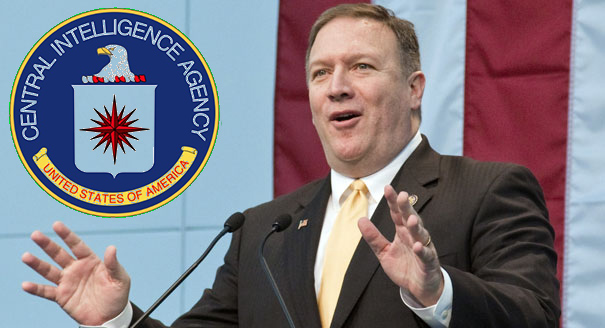 Donald Trump has fired Rex Tillerson as Secretary of State, and appointed Mike Pompeo, formerly the head of the CIA.

Pompeo has a background in the army and in industry, and entered politics in 2010 as Congressman for Kansas. Apparently he is opposed to the Paris Agreement and to wind power.   He said that Obama’s suggestion that climate change is a top-tier national security threat was “ignorant, dangerous and absolutely unbelievable.”

Poor Megan Darby of Climate Home seems upset by this news.  As well as being a climate sceptic, Pompeo has also been linked to the evil Koch Brothers.

12 thoughts on “Another sceptic in the White House”