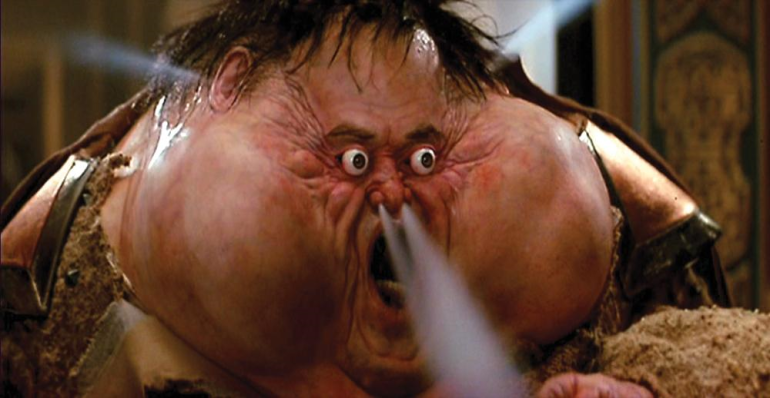 [Update: scroll down for The Sydney Morning Herald’s hilariously gritted-teeth-gnashing acknowledgement of the President’s achievement.]

As you probably know, the leftoid media (but I repeat myself) have hit seething-point following last night’s early reveal of the next Nobel Peace laureate: President Donald Trump.

Tobacco millionaire Al Gore—who got the 2007 Peace Prize for starting the Climate Wars—thinks the award “is now at risk of becoming a joke.”

Meanwhile, regular readers will know we’ve been expecting this for a year (and counting). Trump was basically a shoo-in:

▪ To date, he’s managed to refrain from invading a single major country without permission.

▪ Most importantly, he qualified for the ‘new American President bonus.’

Little wonder, then, that the usual useful idiots are stuck on Inarticulate With Rage. They still need time to “process this,” by which I mean “think up specious reasons why Trump now < Obama nine years ago.”

We should probably give them ’til Thursday, at least, if we really want to see the rationalizations—and racializations—flow like chardonnay. Expect heavy lashings of Special Pleading and 10 to 12 inches of what the Swedes deride as adjectivsmøner. Literally meaning adjectival moans, this refers to grievances or tantrums held on purely emotional, subjective and data-free grounds.

You can’t give a Nobel Prize to a buffoon, we’ll be told… by the same people who clapped when the clownish pedo Yasser Arafat got his hands on one in 1994 (and shed their Vaseline tears when AIDS pried the medal from his cold, dead hands a couple of years later).

Realistically, the 2018 Committee would only have had grounds to pass Trump over if some other nominee had actively increased world peace. (Don’t laugh; it happened last year, and I think once in the 1970’s.)

After all, Norway’s political scene is no longer teeming with soft Trots, and the Norwegian Committee’s makeup “reflects the relative strengths of the political parties in the Storting” [Parliament], so adjective-moaning appeals to the Bush Exclusion (a glorified For He Pleaseth Mee Notte fallacy) would never have worked this time.

Make no mistake: one, and possibly two, of the worthies on this year’s Committee (pictured below) are against everything the Republicans have done since Lincoln. My Norse friends will know the one[s] I’m talking about. But as a minority their protest would have been an empty gesture, and as pragmatists they knew it. (A candidate only needs a simple majority of votes to win.) If you understand anything about their national character—heck, if you saw the first season of Vikings—you’ll know a Scandinavian would rather do the math and retire early than fight an unwinnable fight. Contrary to pop mythology, even the berzerkermost berzerker would have found the prospect of dying in battle embarrassing, not heroic, if the battle was strategically pointless.

All these ingredients have conspired* to produce an outcome unimaginable to most of us in America, Australia and Britain: a committee that not only converges on the obvious candidate—the US President—but does it eight months faster than it needs to.

What’s left to do but read, point and laugh as today’s Sydney Morning Herald finds itself torn between blind reverence for Nobelists and Trump Derangement Syndrome? I hope you enjoy the way the subeditor can’t even bring herself to include the winner’s name in the headline. The word that comes to mind is graceless.

Reports that Donald Trump will be the next Nobel Peace laureate are inflaming the Twitterverse and reopening deep partisan wounds across the US. If most Americans anticipated the announcement with dread, few expected it to come so soon.

Comedian Bill Maher spoke for millions last night when he addressed the camera directly, in a moment of unscripted non-hilarity.

“It’s not even March yet. Trump was supposed to have a couple more months, at least, to disqualify himself by bombing the shit out of North Korea or something. Now that’ll never happen. Congratulations, Norway: you broke a planet’s heart.

“Tonight we weep,” Maher added, to the cheers of a studio of ordinary Americans.

Even Trump’s apologists have been surprised by the efficiency of the so-called Norwegian Committee, which was still taking nominations as late as the first of this month. But veteran Nobel-watchers say this year’s selection process would have been little more than a formality, given the tradition that the Peace Prize go to a new American President to mark his first year of office.

In the rare case that another nominee has made a tangible contribution to world peace, that person or group is of course given precedence. In 2017 the nomination of the International Campaign to Abolish Nuclear Weapons [ICAM] meant Trump’s honor was pushed back a year.

The Committee is unlikely to finalise its report before October—and cannot reveal the names of the losing nominees until 2068—but there is no rule against their leaking the winner ahead of time. (Sorry, Mr Trump: you’ll still have to wait until 10 December for the cash.)

Berit Reiss-Andersen, the lawyer who chairs the selection committee, today admitted to “a failure to anticipate the hurt [our decision] would cause.”

Nevertheless, he’s spent much of the day reiterating in various media that the choice cannot be appealed.

“And it’s extremely rare for the Committee to change its mind between the selection and the ceremony in Oslo,” he said this morning.

“Only in certain circumstances—very certain—for instance, if it were necessary to avoid violence by those protesting against [Mr Trump]—would we consider to reconsider.”

The irony has not been lost on America that Trump himself is a long-time detractor of the Nobels.

In 1994 an interviewer for SuperYacht magazine asked Trump’s reaction to news that the Palestinian human-rights advocate Yasser Arafat had won the Peace Prize (with Yitzhak Rabin and Shimon Peres). His response was to belittle the honor, describing it variously as a “participation certificate” and an “encouragement ribbon” and quipping that the official diploma “probably says ‘Alfred J. Nobel Award for Improvement in the Field of Not Blowing Anyone Up.’”

If Trump feels any moral compunctions about accepting the US$1.4 million prize in light of his past comments, he isn’t letting on.

But ignoring today’s furor was not an option for the White House, which called an emergency press conference to address the nation’s concerns. When the Herald’s own Kay Fabe posed the question that’s troubling all Americans (Sydney Morning Herald, Australia; what have you done for world peace, specifically, Mr President?), Trump leapt at his chance to don reading glasses and quote the 2009 answer given by then-President Obama.

“‘I do not view [the Prize] as a recognition of my own accomplishments but rather an affirmation of American leadership on behalf of aspirations held by people in all nations,’” Trump recited.

“‘Throughout history,’ said my predecessor, ‘the Nobel Peace Prize has not just been used to honor a specific achievement; it’s also been used as a means to give momentum to a set of causes. And that is why I will accept this award as a call to action—a call for all nations to confront the common challenges of the 21st century.'”

It was a confident performance, interrupted only by the regular breaks the President took to smirk.

Coverage of the event initially failed to make it clear whose words were spoken, leading to heated—and unnecessary—debates over whether they reflected the best or the worst of the American character.

Speaking to NNYX radio, psychiatrist Brandy Lee, MD said Trump’s answer “shows the absolute solipsism and entitlement of the celebrity billionaire” and “could only come from a place of effortless, shameless white privilege.”

Dr Lee, who chaired last year’s ‘Duty to Warn’ Conference at Yale University, took the chance to restate her view that “[the] Goldwater [Rule] is being used to stifle legitimate medical commentary about a dangerous narcissist.”

What appalled her today, she said, was the President’s “chutzpah” in “claim[ing] a prize he never really earned on behalf of ‘all nations’—including, presumably, the kids his bombs are going to kill [one day]!

“Not content with l’etat, c’est moi, our leader has officially progressed to le monde, c’est moi! This has to be a first in the history of self-glorifying rhetoric.”

A brief interlude followed while the parody song I am the World, I am the Children was played.

Once back on air, Dr Lee admitted she had adopted a “more complex” view, having discovered that the words were President Obama’s.

“Hey: when the facts change, I change my mind,” she joked. Callers to the station overwhelmingly praised her graceful recovery.

As for the Committee itself, its leader was visibly losing patience with the apology circuit this afternoon.

“I thought the Jews were bad in ’94, but the rest [of America] is really taking the cake,” Mr Reiss-Andersen remarked at what seemed like his hundredth media appearance. “Kvetching is nearly an art form now in America. Today I think we witness the rise of adjectivskvetching, to coin a word.

“You can’t translate it to English, I’m afraid.”

Meanwhile, Mr Trump has indicated he’ll donate all but $1 of his 10-million-kronor cash prize to American soldiers and their families.

When you think of the previous Presidential Nobel-Laureate-by-default, you probably think of that appearance on Last Week Tonight with John Oliver—the low-information half-Brit whose occupation might euphemistically be called aspiring comedian—back in 2015.

Perhaps you remember Oliver cooing, “Mr President, I was one of millions of people who was [sic] thrilled when you earned [sic] your first Nobel Prize in 2009. How has the world become a more peaceful place under your leadership?”

If so, you’ll definitely remember Obama’s panicked response: “Wait—that was six years ago?”

(Absurdly, he checks his watch.)

The President then sprints offstage “to cancel the war,” to more laughter than Oliver himself has ever provoked.

(What most YouTube clips don’t show is that he returns to finish the interview as soon as the applause dies down.)

Here’s the problem: it never happened.

Oliver was in fact interviewing Tina Fey, who was liberally spatulated in half-black-half-white-face, not Obama. It’s a tribute to Fey’s comedic and mimetic talents that large swathes of the public now have a false memory of the event.

I might as well admit it: I too thought the quote was an authentic Baraqisme (pardon my French) until rather recently. Which goes to show, you can’t be too skeptical.

To repeat, Barack Obama never expressed a wish that he’d pulled US forces out of Iraq after winning his Peace laurel.

Comments attributing Tina Fey’s words to President Hopey McChangeFace will be deleted to spare you (and CliScep) the embarrassment. It would not be a good look, especially if a punitive psychologist rhyming with ‘Stewandowsky’ is trawling our blog for ammunition, as we know he does on a regular basis.