George Marshall, roving climate psychologist, known to Dr Seuss fans as the Twat in a Hat, has a new article at Business Today in India, reprinted at Climate Outreach . Here are some extracts: 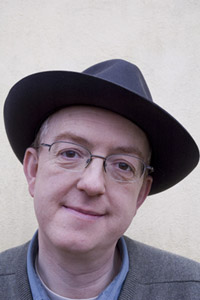 I am writing this in Mumbai, and far too few of the investors here are asking whether low lying coastal buildings are going to be a safe long-term investment when we face 40 cm sea-level rise and increasingly extreme monsoons – both, incidentally, predicted to come before mid century…

There is a glimmer of hope, though. As any marketer can tell us, people’s purchasing decisions are directed by emotional forces, not data… people willingly make sacrifices if it will reinforce their values, strengthen their identity, or make them more the person they aspire to be. Above all, nothing creates a stronger motivation than following our peers who we look up to for our social cues and inspiration.

Climate Outreach is a Limited Charitable Company, run on a shoestring about £200,000 a year from taxpayers and private foundations. For a mere quarter of a million, the European Union, the British government and the trustees of dead billionaires get two or three globetrotting Greens (Mumbai and Marrakech) flogging their book, and a blog which nobody reads. The last ten posts have a total of five comments, two of them from our own Barry Woods. Several other comments by me and Barry have been removed after posting, for example at http://climateoutreach.org/naming-challenging-breaking-climate-silence/ where the silence remains unbroken.

George Marshall’s return fare to Mumbai (unless he’s staying there, in which case it’s money well spent) must have made a hole in their budget – and all to write an article that nobody read except me. I look forward to George’s explanation of communist climate change, and how it differs from, say, Sikh climate change. I’m interested, even if no-one else is.