Skip to content
It’s symptomatic of the madness besetting Australia that the States (Labor and conservative-led) have all subscribed to the net-zero-2050 mantra. So has the clueless Australian Academy of Science. So have scores of nations. Where will it all end? 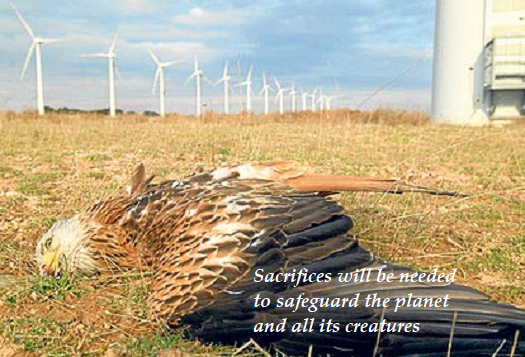 There’s no great mystery about what Opposition Leader Anthony Albanese’s net-zero-by-2050 emissions announcement last weekend will cost. The answer: trillions galore. How do I know? Because Dr Brian Fisher, former head of the Bureau of Agricultural Economics, who has no political allegiance and no vested interest, last May in the run-up to the federal election costed a much weaker version of Albanese’s plan. These costs were astronomic: a maximum $540 billion by 2030.

Then-opposition leader Bill Shorten’s plan was for a 45 per cent cut in CO2 emissions on 2005 levels by 2030. Note, firstly, how much less stringent is this compared with Albanese’s net-zero by 2050, especially as the initial work plucks the low-hanging fruit and thereafter the abatement costs rise exponentially.

New Zealand’s prime minister, Jacinda Ardern, last year announced carbon neutrality by 2050. In a rare but commendable bit of sanity, she asked a respected economics institute to estimate the cost. This revealed that getting to 50 per cent below 1990-levels in 2050 would cost at least 5 per cent of GDP annually by 2050. The cost would be similar to the current entire NZ expenditure on socialised education and health care.

Back home, as they say on the TV news, Labor’s pre-election 2030 plans involved some undetailed pledges to protect “emissions intensive trade-exposed industries (EITEs)” but also a ban on using Kyoto credits arising from over-achievement of previous emissions reductions. Fisher allowed for these factors plus varying use of international emissions permits. Such use of international permits would greatly lower costs of Labor’s 2030 plan, but  Blind Freddy knows that such permits are rife with rorting and mere virtue-posturing. As Fisher says hopefully, the permits would have to involve best-practice “independent measurement, verification and audit.”[1]

# Labor’s target of a 45 per cent cut by 2030 would involve the equivalent of a carbon tax of between $67 and $405 a tonne of CO2 in 2030. Julia Gillard, eat your heart out. ABCTV News’ presenter Tamara Oudyn last night (Feb 23) quoted Albanese as saying that Labor could meet net-zero-2050 “without putting a price on carbon”.[3] Go figure.

# Fisher: Cumulative GNP losses from 2021-30 are estimated at $542 billion for a scenario in which Labor pursues its climate policy by restricting trade in international emissions permits to 25 per cent of the abatement task while protecting EITEs (emissions intensive trade-exposed industries). These losses can be more than halved, to $264 billion under a scenario in which there are no restrictions on trade in international permits, while still protecting EITEs.

To get these $264b-$542b losses in perspective, Australia’s entire annual economic output is currently about  $1400 billion.

# However, the more Labor protects the emissions-exposed trade sectors, the worse cost burden falls on unprotected sectors and households (that is, on you and me).

# Fisher: Negative consequences for real wages and employment are projected under all scenarios, with a minimum 3 per cent reduction in real wages and 167,000 less jobs in 2030 compared to what otherwise would have occurred.

Sadly, the maximum would be more than 10 per cent reduction in real wages and about 320,000 jobs lost. Australia’s working class, with friends like Labor, doesn’t need enemies. Don’t forget that we’re talking here about quite a mild Labor target compared with Albanese’s net-zero-2050.

# Wholesale electricity prices as things stand are likely to rise 1.5 per cent a year this decade in real terms. “Each of the [Labor] policy scenarios considered here results in a far greater growth rate in electricity prices,” Fisher wrote. In numbers, the price rise would be from 36 per cent to 67 per cent. Suppose your household power bill these days is $2000. Labor would bring you a different bill of between $2700 and $3340. And that’s just his first installment of increases in his quest for net-zero-emissions. Albanese’s line is that renewables are cheaper. Yeah, right, Albo.

When the Business Council of Australia trumpets its love for zero-by-2050 policies, members ought to ask in whose interest the BCA is speaking.

READERS, A FAVOR PLEASE? SO MY EDITOR CAN KEEP HIS JOB, CAN YOU CLICK HERE FOR THE ORIGINAL PLEASE? EDITOR DESERVES SOMETHING FOR ALL HIS SUBEDITING AND LAYOUT WORK.

All but a trifle of this is being spent by the West. China, India and Africa are going hell-bent for cheap, reliable coal-fired electricity and their emissions growth will continue to swamp utterly whatever cuts are made, at such fearsome costs, by Europe and its fellow travellers  like us.

So the West’s anti-emission crusade, let alone Australia’s, will make not a jot of difference to the climate, even assuming that CO2 is the climate’s control-knob, which is kindergarten science given the unknowns and complexities of the climate system and solar forces.

There’s another way to come at Albanese’s zero-by-2050 target, based on technologies required.

Simply put, to get to the net zero by 2050 would involve phasing out fossil fuels and replacing them with emissions-free nuclear power. Obviously wind and solar power can’t do the job alone or at all.

Albanese’s target would require the deployment of a new nuclear-power plant each 65 days until January 2051, each of about the scale of the US Turkey Point nuclear plant (1400MW) or Victoria’s Hazelwood coal-fired plant (1600MW).  That’s five and half new nukes per year. This equation can be simply calculated from data from the International Energy Agency (see formulae below).

Keep in mind that one nuclear plant could cost at least $13 billion, based on overseas best-practice. Just imagine how the CFMMEU and State Premiers like Dan Andrews could amplify that cost. (Premier Dan in 2015 incurred a net $640m costs to taxpayers just to break the contract  for Melbourne’s desperately-needed East-West tunnel because he needed some green-electorate NIMBY votes). But to be conservative, in a perfect world the cost of Australia’s required wholesale transition to nuclear power plants would be about $2 trillion, compared with our annual GDP of $1.4 trillion.[4]

The maths are also exciting for those with faith in wind power. For the same output of a Turkey Point US nuclear plant (1400MW) substitute 1500 state-of-the-art 2.5MW wind turbines, each 130 metres tall.

Albanese’s plan would require 23 of these wind turbines per day coming on-line, or 161 a week or 250,000 in total to January 2051. A giant farm of 1500 turbines needs close to 800 square kilometres of ground, so pity help the bats and birds.  Wind turbines installed in penny packets would squander even more land. Conservatively, Australia’s quarter of a million turbines would need about 130,000 square kilometres — twice the area of Tasmania. Not in my backyard? If we assume 80 backyards per street, that would mean two 130-metre wind towers for every street in Australia.[5]

Albanese’s plan must involve a giant leap in our engineering and technology sectors. To get real, the Opposition leader ought to demand that every Arts student at universities, including those writing PhD theses on LGBTI Dance Theory, must  transfer to science and technology faculties. Greenies also need to suck up that their transition to renewables will require a vast increase in the mining and processing sectors to acquire the resources needed. (If we shut down coal and gas exports, as Greenies demand, the impact on the Australian dollar exchange rate will make imported resource materials pricey indeed).

Albanese is flat-out deluded: “The private sector has taken up the challenge which is there, because they recognise that action on climate change isn’t just a challenge, it’s an opportunity.” Some opportunity, mate.

I’ve provided the Australian maths courtesy of a template from Dr Roger J. Pielke Jr, writing in Forbes and published on September 30, 2019. He’s a long-term IPCC author on weather disasters and his degrees include one in maths. Incidentally, he’s also a research expert on cheating in world elite sports.

The recent BP Statistical Review of World Energy has fossil fuel energy use for US and Australia. BP put Australia in 2018  at 133 MTOE. With assumed 20 years growth of usage at 1.25 per cent p.a., the task by 2050 is to get rid of 170 MTOE. Divide 11,000 days by 170 = one nuclear plant per 65 days. Concurrently, we’d also need to be decommissioning the equivalent in fossil-fuel power sources.

It’s not as though any meaningful global switch from fossil fuels is already underway. As I mentioned here, each day humanity is moving in the other direction: more fossil fuels. In 2018 the world added more than 280 million tonnes of oil equivalent (MTOE) of fossil fuel consumption compared with 106 MTOE of carbon-free consumption, says Pielke, citing BP. To move towards net-zero, all of those 400 MTOE additions ought to be carbon-free, while replacing and retiring 400 MTOE of existing fossil fuel consumption. “In a round number,” he remarks., “the deployment rate of carbon-free energy would need to increase by about 800 per cent.”

It’s symptomatic of the madness besetting Australia that the States (Labor and conservative-led) have all subscribed to the net-zero-2050 mantra. So has the clueless Australian Academy of Science. So have scores of nations. Where will it all end?

Tony Thomas new book of essays, Come to think of it – essays to tickle the brain, can be pre-ordered here for March publication. All welcome to the launch in Carlton Vic on March 10, rsvp here

[1] Moreover, the UN climate zealots are unlikely to agree to unrestricted emissions trading, as Fisher concedes.

[2] Fisher was not doing a cost-benefit analysis as he said he didn’t know what the benefits of emissions reductions would bring. Since Australia’s impact on global emissions is effectively zero vis a vis emissions growth by China, India and the sensible Third World, our impact on the climate would also be zero. Further, the climate impact of all the Paris pledges would also be in significant or effectively zero, according to Bjorn Lomberg’s estimates based on IPCC formulae.  In any event, some mild further warming could be beneficial rather than detrimental. And no-one knows if global climate trends might revert to natural cooling.

[4] I’ll cite this just for fun, but Extinction Rebellion’s local demands for zero-net emissions by 2025 would require a new Australian nuclear plant every 11 days, or 33 nukes per year.

[5] Calculation based on 9 million Australian households