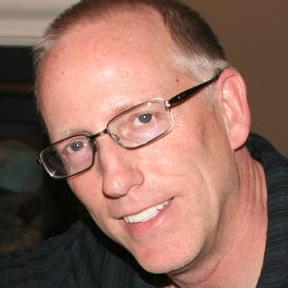 Scott Adams, creator of Dilbert, and one of a small number of people to correctly predict Trump’s victory, has an interesting blog post on The Non-Expert Problem and Climate Change Science.

Adams notes that the consensus figure on climate change is in the same ballpark as the consensus that Clinton would win the election — the “expert” Nate Silver thought that Trump had a 2% chance of winning the Republican nomination, and just before the November vote, Huffpo put Clinton’s chance of winning at 98% and another “‘expert”‘, Princeton academic Sam Wang, went for 99%, using a statistical Bayesian model (though many other commentators were more cautious).

Adams also mentions some red flags for science, such as making predictions with complicated models, involving human judgement, and social pressure to get the “correct” result, all of which apply to climate science. He ends up with the point that climate change is “near the bottom of my worries”; if it is a problem, we will find a way to fix it, and if it turns out that it isn’t, “I will say I knew it all along because climate science matches all of the criteria for a mass hallucination by experts.” His blog post is also discussed by Judith Curry.

Steve McIntyre of Climate Audit (sometimes referred to as “The Auditor” by those who dare not speak his name) has posted a comment on the Dilbert blog. Unfortunately his comment is buried among the 2000+ less worthwhile comments. The Climate Audit blog has been fairly quiet recently, so the thoughts of Chairman Steve are quite rare these days. So I thought I would post his comment here, for the purposes of general erudition or veneration. The most interesting part I think is the second half of his comment, the section about whether climate change has caused significant damage, and the final remark about scepticism often arising as a response to poor science rather then the influence of other sceptics (certainly true in my case).

I write the Climate Audit blog. I first began serious study of paleoclimate when I asked Michael Mann for the FTP location data of his data (for the Hockey Stick) and he said that he had “forgotten” the location, but that one of his associates would find it for me. The associate said that the data was not in any one location, but volunteered to find it for me. I was astonished that a result could have been so widely disseminated without any sort of formal audit – not realizing at the time that “peer review” for a journal was a limited form of due diligence.

Scot writes: “You probably are not a scientist, and that means you can’t independently evaluate any of the climate science claims.” I had mathematical knowledge and skill and decided that it would be an interesting task to actually try to verify Mann’s results. It turned out that he had made a grotesque error in his attempt to calculate principal components, had withheld adverse verification statistics and had weighted his reconstruction on stripbark tree rings that were inappropriate.

When I examined other attempts to estimate temperature in the past 1000 years, I encountered problems with every one of them, incurring, in the process, severe antagonism on the part of university academics.

However, after being involved in the controversy for many years, I think that far too little attention (none) is paid to a very fundamental difference between “skeptics” and warmists on their respective perceptions on whether human emissions of CO2 thus far have caused “serious negative damage” to the world or not. Skeptics universally think not. Many do not dispute the idea that we are carrying on an “uncontrolled experiment”, but have nonetheless concluded that, through good luck rather than good management, the consequences have been inconsequential or even beneficial. On the other hand, warmists are thoroughly convinced we have already incurred “serious negative damage” though what they view as “serious negative damage” may well be viewed by a skeptic as relatively trivial, or, at worst, an ordinary cost and outweighed by other benefits. When I challenge warmists to enumerate the most serious of the damages experienced so far, I do not get answers.

Of the potential damages, sea level rise seems one of the most serious to me, but even there, some, if not much, of the potential problem arises from very long-term (Holocene scale) events that are not materially impacted by CO2 emissions.

While I have made numerous technical criticisms of work by climate scientists, I have mostly avoided commenting on policy, other than urging far better data archiving practices – a policy which many of my adversaries opposed. Needless to say, this has not prevented demonization from climate activists – a practice that obviously does not enable them to “persuade” their opponents and critics. Quite the opposite. In my experience, more “skeptics” are born from poor conduct by climate scientists than from the eloquence of earlier skeptics.