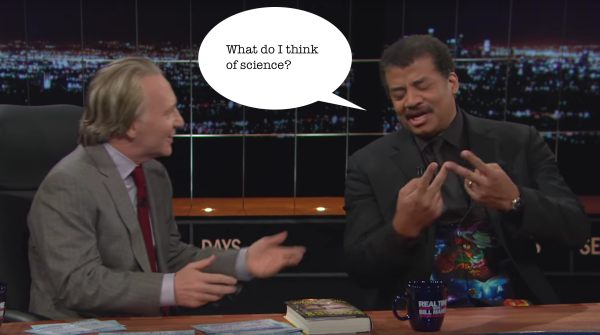 What Is “Science” by J C Carlton

I just came across the above essay by J C Carlton on the corruption of science. It begins with a video clip of a media personality called Neil deGrasse Tyson in the States going on somewhat incoherently about a climate crisis he claims is upon us (‘we are exiting this … remarkably stable climate … all the coastal cities of the world will be underwater’). Carlton is not impressed:

‘Yet here we are with Tyson using his credentials on TV to give AGW the cloak of science that it hasn’t earned. The fact is that anybody who takes even the most tiny glimpse at the science starts to see the issues. If you approach AGW in a scientific manner, starting from what you know are strictly facts, the emissive spectrum of CO2, for instance, or the atmospheric constituents. Or the amount of ice in the Antarctic, you quickly find that what you see and what the AGW proponents say are at odds with each other. The facts on the ground don’t seem to follow the AGW hypothesis.

All of the so called “deniers” got themselves on deep crap for pointing this out one way or another. In all innocence, many people with specialties outside climatology would start asking questions. Aside from high level academics like Lindzen, Spencer and Curry, ordinary people with an interest in weather, physics or statistics started to ask questions. With Anthony Watts, it was weather station siting in the climate network. With Steve McIntyre it was looking at the statistics. Over and over people started looking at those facts on the ground and started to ask questions.

What was the response from the climate scientists at places like NASA GISS and Hadley CRU? Thanks to the Climategate email drop we know what it was. To circle the wagons, refuse to distribute the statistical data even under the force of law, label the people asking the questions “deniers,” as in science denier, a label that’s still being used and sic the media on the questioners, attempting to destroy their credibility. A close look at the climate gate emails shows that this was a pattern among the top climate scientists, such as Jones at Hadley CRU and Mann. A pattern that continues to this day.’

While I would not in a million years think of Jones and Mann as ‘top climate scientists’, and I take the position that some tendency to add warming is a trivial and banal thing to expect from our CO2 emissions. But I think the author may be using the term AGW as shorthand for the now less fashionable Catastrophic Anthropogenic Global Warming (CAGW) – which is, after all, the conjecture that brought so much money, employment opportunities, and distortion into the once-tiny field of climatology.

Carlton goes on to write:

‘… the ever more strident screams and demands of the AGW crowd are getting noticed. When you make unfounded accusations and the repeat them over and over, slandering all and sundry, you lose what little credibility you have left.

That’s the problem with corrupting science by using it to drive an agenda. That’s especially true when you muddy the water with unfalsifiable claims and name calling. You don’t have a leg to stand on when you get caught out and so you don’t have any choice but to escalate the language. which is how you get the “death trains,” “working big oil” and “deniers should be prosecuted/oppressed/executed” language. The problem with the scientist as prophet scenario is that science is ultimately about discovery, not prediction. So when you treat science like a religion you are no longer dealing with discovery of what is, you are preaching what you want things to be. That’s not science, it’s using the appearance of science to legitimize your agenda.’

He, or she, looks at ‘agendas’ and ‘science’ , providing links and often video-clips on topics such as nuclear power, pesticides, golden rice, and lead paint and other health-related issues.  For example on neonicotinoid insecticides:

‘The recent debate over neonicotinoid insecticides is a perfect example of how the corrupt system works. “Scientists” from a NGO, the International Union for the Conservation of Nature(IUCN) decided to go on a pesticide hunt. Did the “scientists” at the IUCN conduct any studies or do any research before going on the hunt? Apparently not.  Instead they followed the tried and true method of making unfounded accusations and planted papers in the journals refereed by themselves while their associated activist NGO gins up a campaign against the “dangerous chemicals” which the media obligingly parrots and governments and industry caves under the pressure. Long term, the only people hurt are the people that have to deal with the bugs.’

I have not yet followed up all the links, nor watched all the videos. But I hope to do so with tomorrow morning’s coffee. It does look to be a very useful tour of shonky science.

18 thoughts on “An Illustrated Guide to Shonky Science”